Today when many local newspapers are going out of business, corporate profits drive press coverage, and unbiased reporting is seen as almost nonexistent, Wallace Carroll’s life is a lesson in excellence. A “journalist’s journalist,” Carroll covered the most significant events of his time, from the Nazi invasion of the Soviet Union in 1941 to the U.S. withdrawal from the Vietnam War. His commitment to the power of words was legendary; his life is essential reading for those who believe a trusted and reasoned press is crucial to preserving our democracy.

“This perceptive biography shows how one self-effacing editor set the standard for quality coverage in World War II—and through the 1950s and 1960s. The Wallace Carroll playbook, with its insistence on thoroughness and fairness, continues to inform generations of journalists.”
—Norman Pearlstine, Executive Editor (retired), Los Angeles Times

“This well-told story of a gentleman journalist is a trip back in time when that phrase did not strike most Americans as an oxymoron, and when vibrant local newspapers were both causes and effects of national vigor.”
—George F. Will, columnist and Pulitzer Prize Winner

“This is the best roadmap I know of if we aim to restore journalism’s power to inform and persuade…”
—Jon Sawyer, Executive Director, Pulitzer Center

“With crisp prose, fine research and clear moral purpose, Mary McNeil shines a light on Wallace Carroll and in so doing, illuminates the current troubles of journalism.… McNeil’s thoughtful and well-executed study should go a long way toward giving this exemplary journalist his due.”
—Margaret Sullivan, Media Columnist, Washington Post

“This book is the discovery of a remarkable but under-sung life, a well-researched and captivating read…”
—Mark Nelson, former head, Center for International Media Assistance

Be the first to review “Century’s Witness” Cancel reply 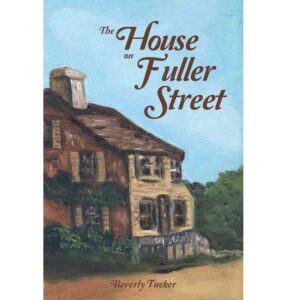 The House on Fuller Street